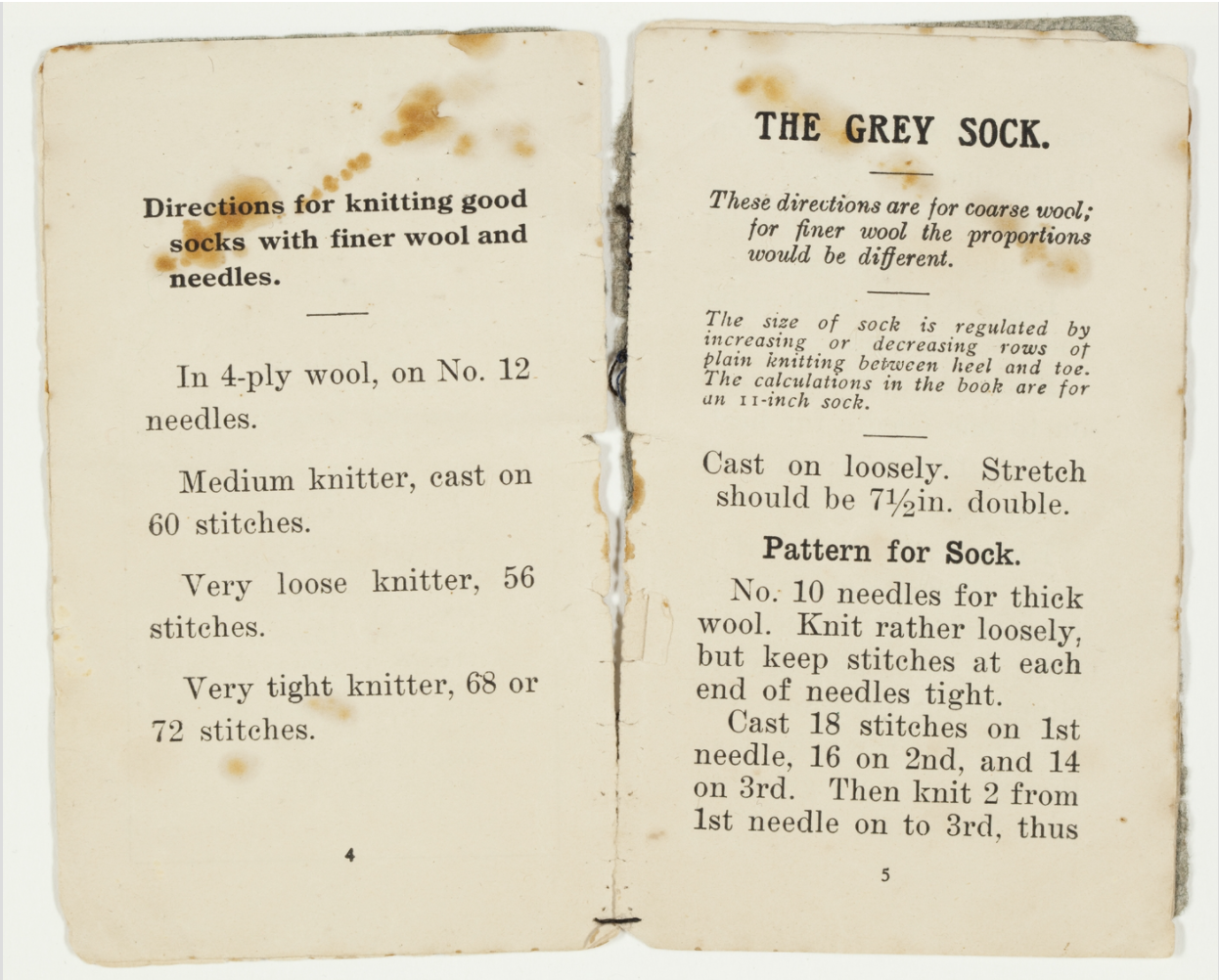 A hobby I began as a distraction turned out to have a long tradition in the emergency sector, and speaks to the strengths, skills and commitment that women bring to their work.

Last year, during Australia’s first pandemic lockdown (only the first!), I asked my mother to teach me how to knit. I desperately needed something to distract me from constantly doom-scrolling through endless, negative news stories. My phone habit had really kicked off during the 2019-20 fires, with constant checking of apps such as Fires Near Me whenever I wasn’t out there on a fire truck. In lockdown, my phone time was really hitting its peak and I felt it was eroding both my productive time and my mental health. I needed something to distract both my hands and my mind. And knitting, I felt, would result in a tangible, wonderful, outcome.

Women knitting during times of crisis is nothing new. In fact, women knitting to help others during crises has a long and honourable tradition. The most well-known example of this is during WWI, when a seemingly endless supply of woollen socks was essential for frontline troops to combat trench-foot. With very few options open to women to support the war effort, knitting became a patriotic act. This effort wasn’t just limited to individual women sitting at home and knitting the odd sock. Women created organisations such as the Soldier’s Sock Fund to raise funds for, purchase and distribute the amount of wool required. They put together guidelines in the form of knitting patterns and even special sock measurers – published to ensure good quality socks were sent off to the troops. And, as I’ve become increasingly aware due to the lack of my own knitting skills, they generously contributed their skills and time to make an estimated 1.3 million socks, as well as vests and balaclavas.

Since then, over the last century, women have been able to take on more diverse roles in both the emergency and defence sectors. However, knitting is still there. Red Cross encourage volunteers to knit trauma bears for children affected by crises. People knit penguin jumpers, to help protect Little Penguins

from oil spills. Knitting has also become an activity for activists, with the advent of guerilla yarn bombing. And who can forget the pink pussy hats, that have grown from hats worn at a single protest march, to become an ongoing project aimed at bringing about positive social change?

Knitting is a deeply gendered activity and, in the way that can happen, it can perhaps be easily dismissed, its efforts and outputs belittled as ‘novelty’ items. The value these organisations bring, the commitment and skills – not to mention resources – that are required for this sort of social support and activism can be sometimes ignored. After all, isn’t knitting just something that your mother taught you to do? But personally, I reckon that the way that organised knitting during crises has both changed and stayed the same offers some insight into the value of commitment, community, guidelines and skills that women bring to their work.

My first jumper is finished now. It’s not perfect, but it’s fabulous for the winter Canberra weather. My mother, an amazing knitter, didn’t laugh at my request to learning to knit in my 50s after I refused to learn as a child. Instead, she generously rose to the challenge, and has been a patient and wonderful teacher. And as well as reflecting on the history of knitting during crises, I’ve also benefited from knitting’s quiet, meditative actions.